The Flensted family have conceived, drawn, cut and assembled countless mobile ideas at The Mobile Centre at Frederiksminde since the family and company moved here in 1972

It was so delightful out in the country’

Flensted Mobile’s domicile ‘Frederiksminde’ is beautifully situated in the heart of the lovely countryside of Denmark – on Funen and close to Brenderup. The building was formerly a school and it has a long history. Flensted Mobiles moved here in 1972, when many schools were being closed down or merged. The arrival of Flensted Mobiles brought motion and energy back to the former school building.

From poorhouse to mobile centre

Frederiksminde school was founded in 1828 in another beautiful building only a stone’s throw from where Flensted Mobiles is now situated. By 1892, conditions had become so cramped that the school decided to move a bit further up the hill to the former poorhouse.

So first of all, this was a poorhouse. It then became the new ‘Frederiksminde’ school, and when the firm moved in, it became a Mobile Centre. 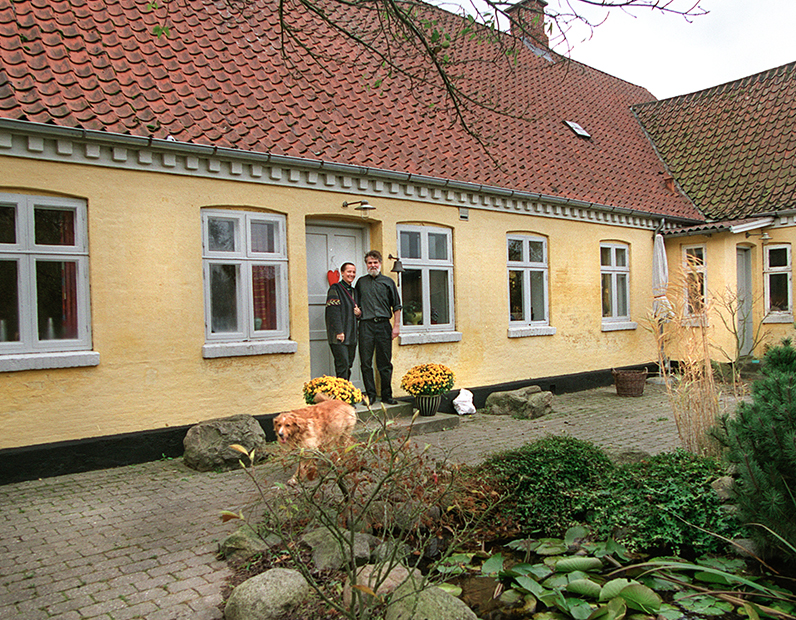 The family on the steps in front of the former school, which is the couple’s private dwelling

It is our feeling that part of this ambience follows the mobiles on their way around the world. Here at “Frederiksminde” all nature has a feeling.