View basket “Circle Square / Guggenheim” has been added to your basket.

This mobile has been developed in cooperation with Museum Jorn, Asger Jorn’s beautiful museum in Silkeborg, Denmark.
The four small figures in the mobile have been based on some of Asger Jorn’s early sketches, done with Indian ink on paper.

Jorn’s sketchbooks bred a great diversity of creatures which he gave highly imaginative names, such as “Aganakker”, “Pikipofer” and “Feligramser”. A sketch book from 1939 teems with 70 small creatures all jumbled together on a single page, some of them in pairs, others separate.

The figures have been selected, graphically modified and juxtaposed in such a way that they form the letters J O R N. They have been coloured using Asger Jorn’s palette as the point of departure. The figures are also used as an element of one of the logos at Museum Jorn, Silkeborg. The mobile expresses spontaneity, playfulness, experimentation – all of them important themes in Asger Jorn’s works. 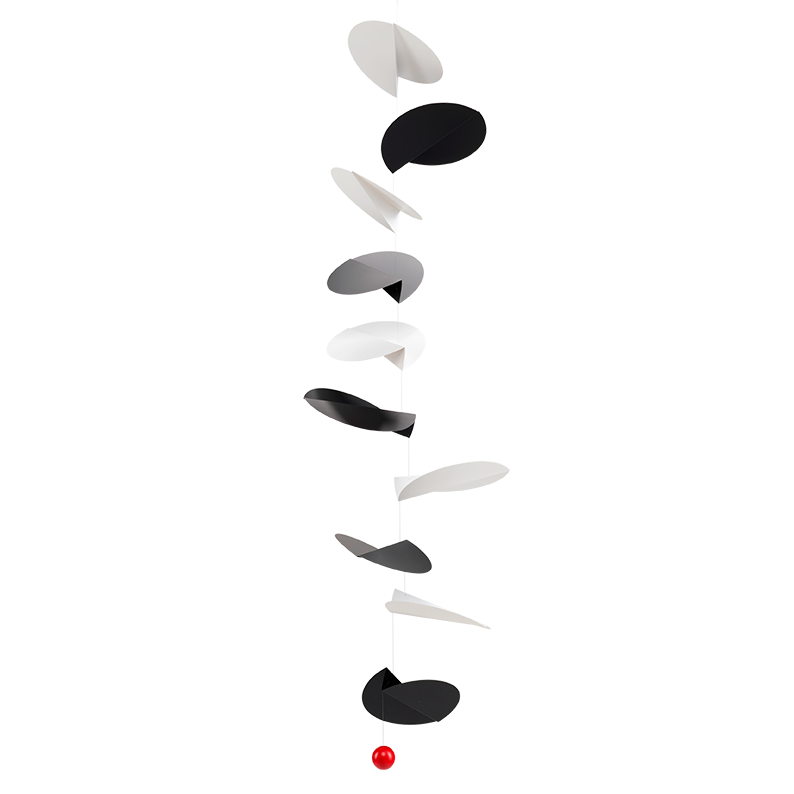 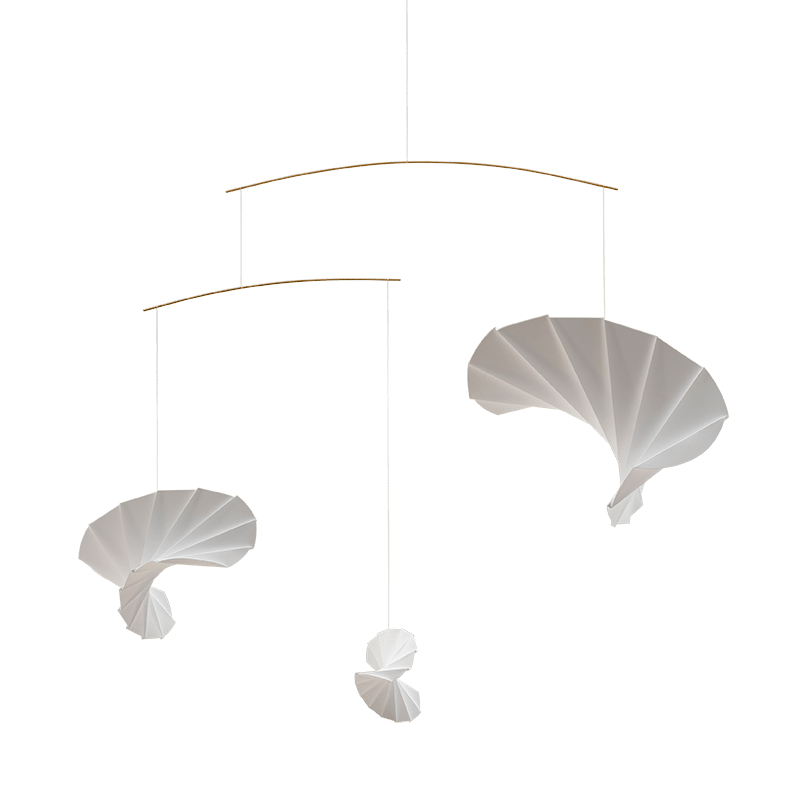 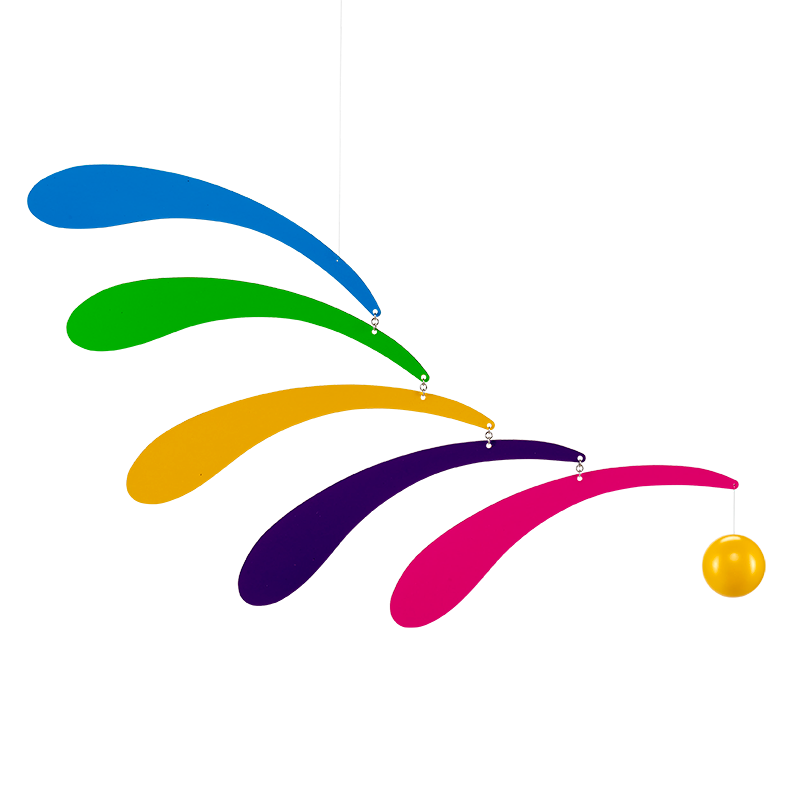 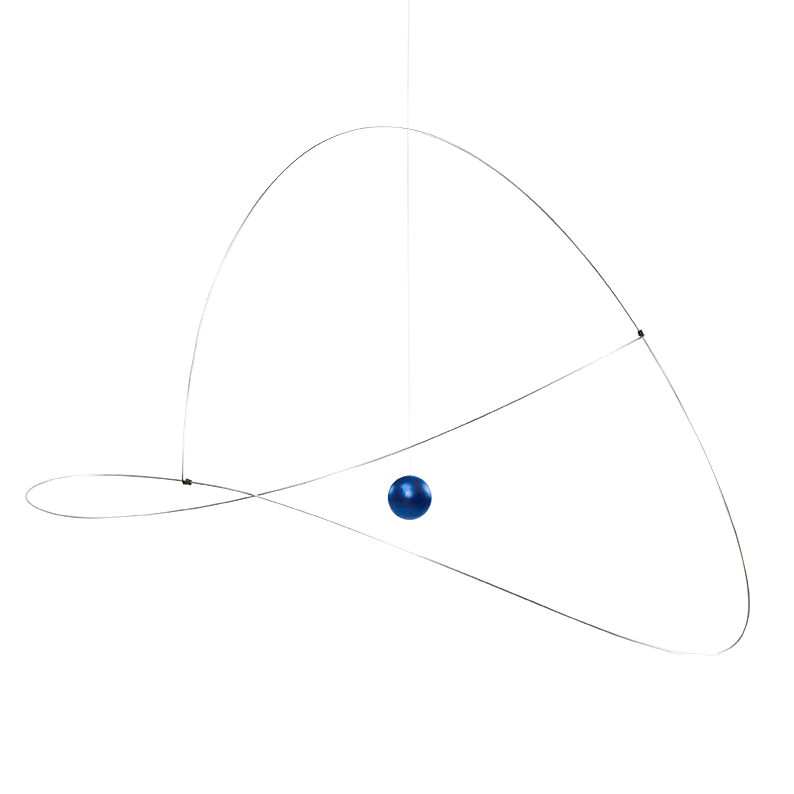 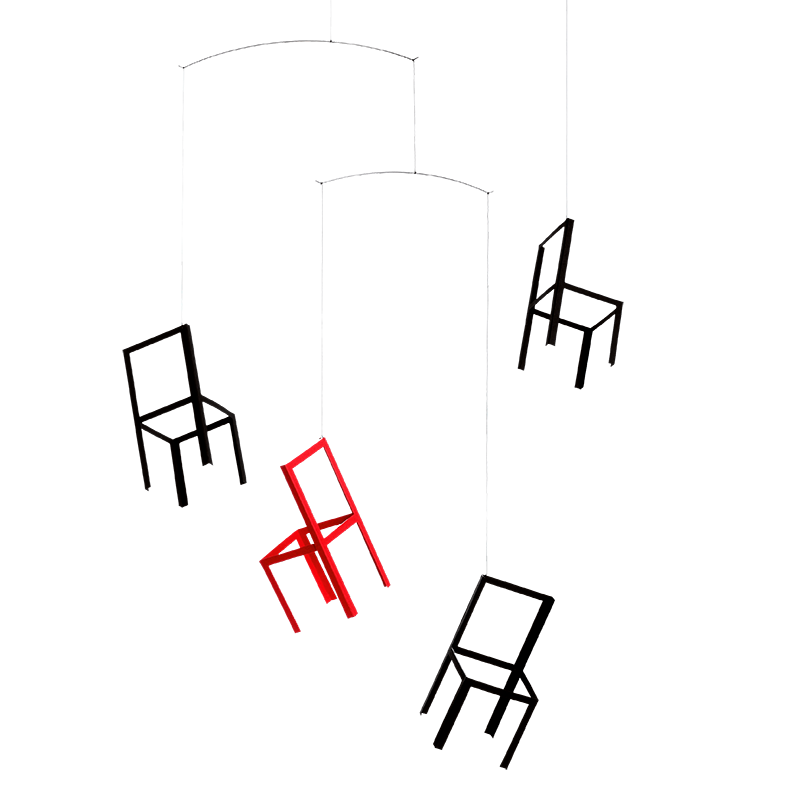 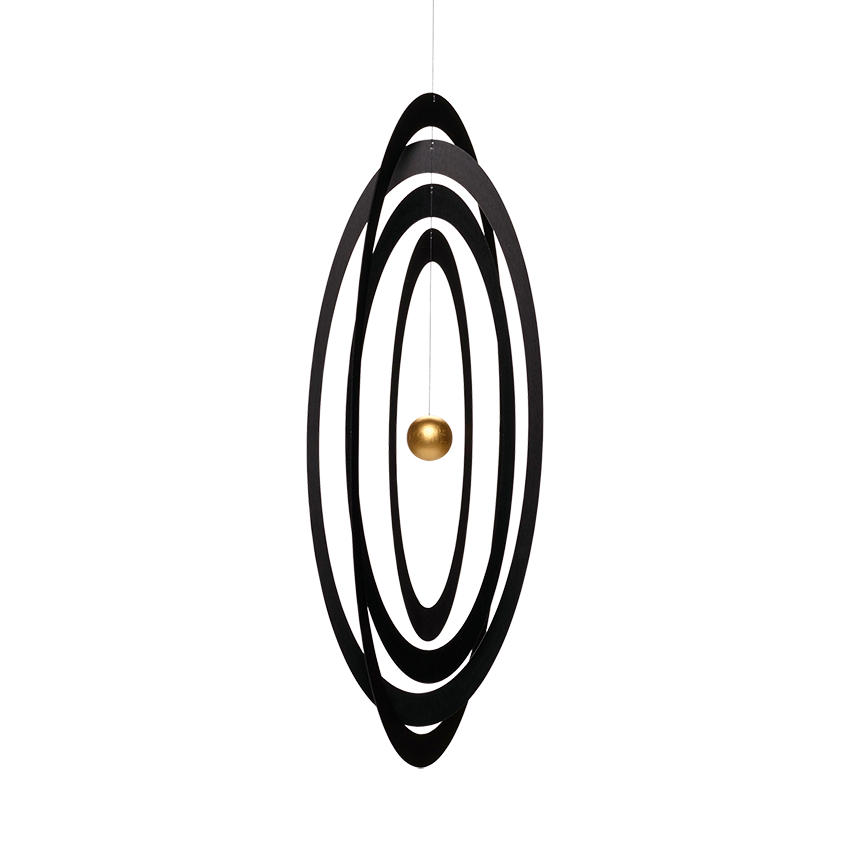 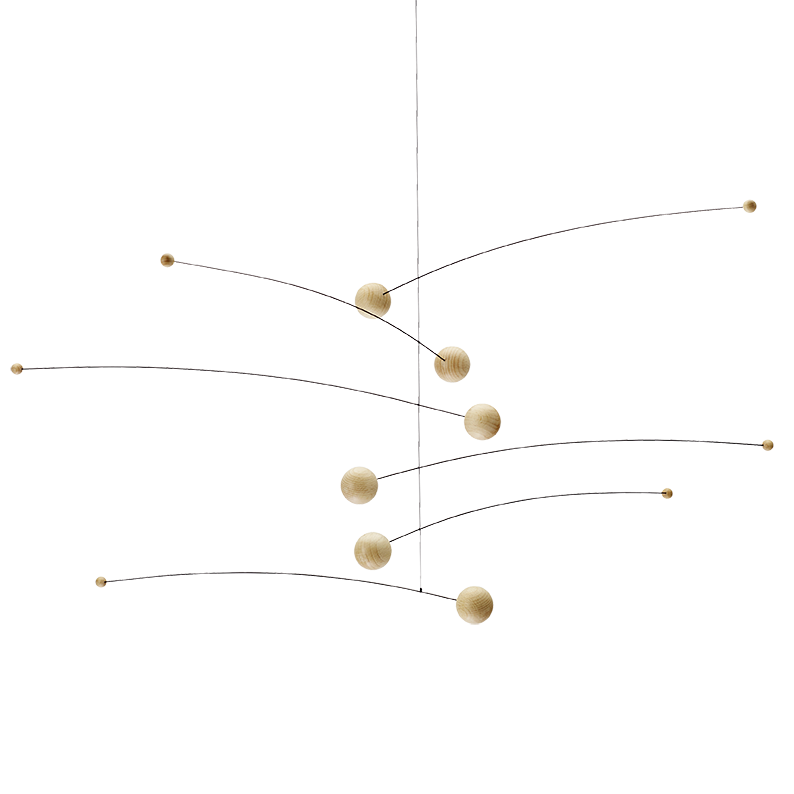